The Environmental Impact of Cryptocurrency 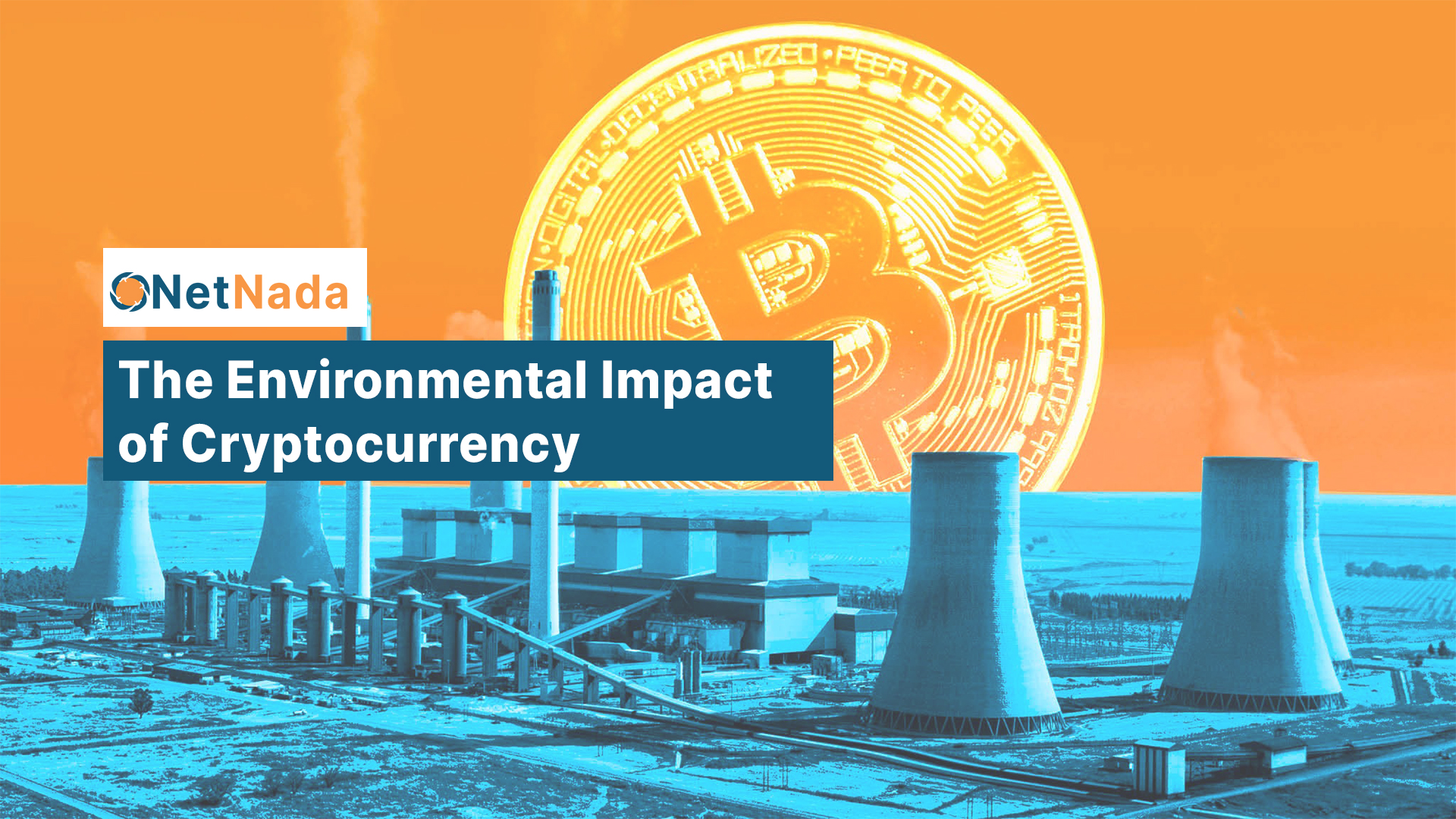 Bitcoin mining is famously responsible for more than 7x the electricity of companies like Google and even more than some countries like Ireland and Finland. First for us to understand this consumption we need to break down what mining is, why the power requirement has grown so much for bitcoin and why bitcoins consumption is different to other crypto currencies and blockchain technology.

So first of all, what is mining?

Bitcoin mining – the process in which a bitcoin is awarded to a computer that solves a complex series of algorithms – this is a highly energy intensive process, because of the computing power required to process the large bitcoin blockchains that have been building for years and years!

Cryptocurrency mining is the process where specific nodes or computers verify blockchain proceedings for a certain cryptocoin or currency. This process is central to the core initial unique value proposition of bitcoin and crypto currency as it also involves adjoining them to a ledger. One major functionality of crypto mining is that it helps to avoid double-spending of virtual currency on a distributed network.

So what are the effects of this mining?

Due to the requirements of crypto mining, there is a considerable amount of effort required to keep crypto mining rigs running, making sure facilities operate smoothly, at the right temperature and are attended to when things break down.

These requirements also include huge energy usage which has a considerable effect on the environment. Cryptocurrency mining requires intense energy, in fact it is often compared to mining for physical gold, the designed platform for cryptocurrency – proof of work (PoW) requires a huge load of energy. It requires a huge amount of electricity to power hardware, which is equally expensive.

There are however other ways to mine and officiate transactions - such as proof of stake (PoS) which are protocols that utilise a class of consensus mechanisms for blockchains that work by selecting validators in proportion to their quantity of holdings in the associated cryptocurrency. This helps avoid the computational cost of proof of work (PoW) schemes.

The decentralised nature of bitcoin and cryptocurrencies is widely considered as a great value proposition as an alternative to the traditional centralised financial systems. The blockchain functions autonomously without the influence of intermediaries or third parties which allows a range of positive functions. The blockchain however (bitcoin especially) requires large loads of computational power to sustain and control the record and security of the cryptocurrencies network.

As seen above, a University of Cambridge analysis estimated that bitcoin mining consumes up to 130 terawatt-hours a year. It is more than the cumulative consumption of Meta (formerly Facebook), Microsoft, Apple, and Google. Considering the importance of the computational process behind the smooth operation of the blockchain, this energy consumption is not looking like nosediving any time soon.

While the comparison to companies like Google and Meta gives a great perspective, it is important to recognise that these companies are centrally controlled and governed by boards and central leadership which means as a result they obtain their energy from renewable sources. According to Cambridge University, only 39 percent of this bitcoin energy comes from renewable sources, which has recently been pointed out by Elon Musk, Tesla and others as a notable weakness of bitcoin. It is very hard (near impossible) to mandate independent miners from all over the world to use renewable energy when mining bitcoin and other cryptocurrencies.

With the growing adoption of cryptocurrency and bitcoin the mining requirements and power draw is only expected to increase. However, with all great problems there are solutions and we are seeing the blockchain technology space respond to this issue.

With a low carbon footprint of just 0.00011 kWh per transaction, IOTA is a truly environmentally friendly cryptocurrency. The system used to generate IOTA operates using the Tangle, a system of nodes that confirms transactions within the low-energy cryptocurrency.

Where to from here?

As we have seen decentralised systems such as cryptocurrencies and blockchains require considerable power, however it is the most secure method of preventing any type of breach or hack, which has great utility for so many things we do in the cyber/digital space. With the continued rise of web 3.0 (decentralised web) technologies we know that these technical requirements are not going anywhere.

The technology's underlying disadvantage is that it now requires greater computing power and energy than ever before. However, you can manage the impact of your web 3.0 interactions and crypto investments by considering the carbon footprint’s associated with each currency/technology, pushing demand for mining with renewable energy and lastly by offsetting your crypto portfolio.

If you would like to analyse the carbon footprint of your crypto currency investments please feel free to reach out here for a free initial analysis.

Keep your eyes out for more crypto related sustainability content in the coming weeks as we discuss emerging green blockchain tech, NFTs and carbon pricing.