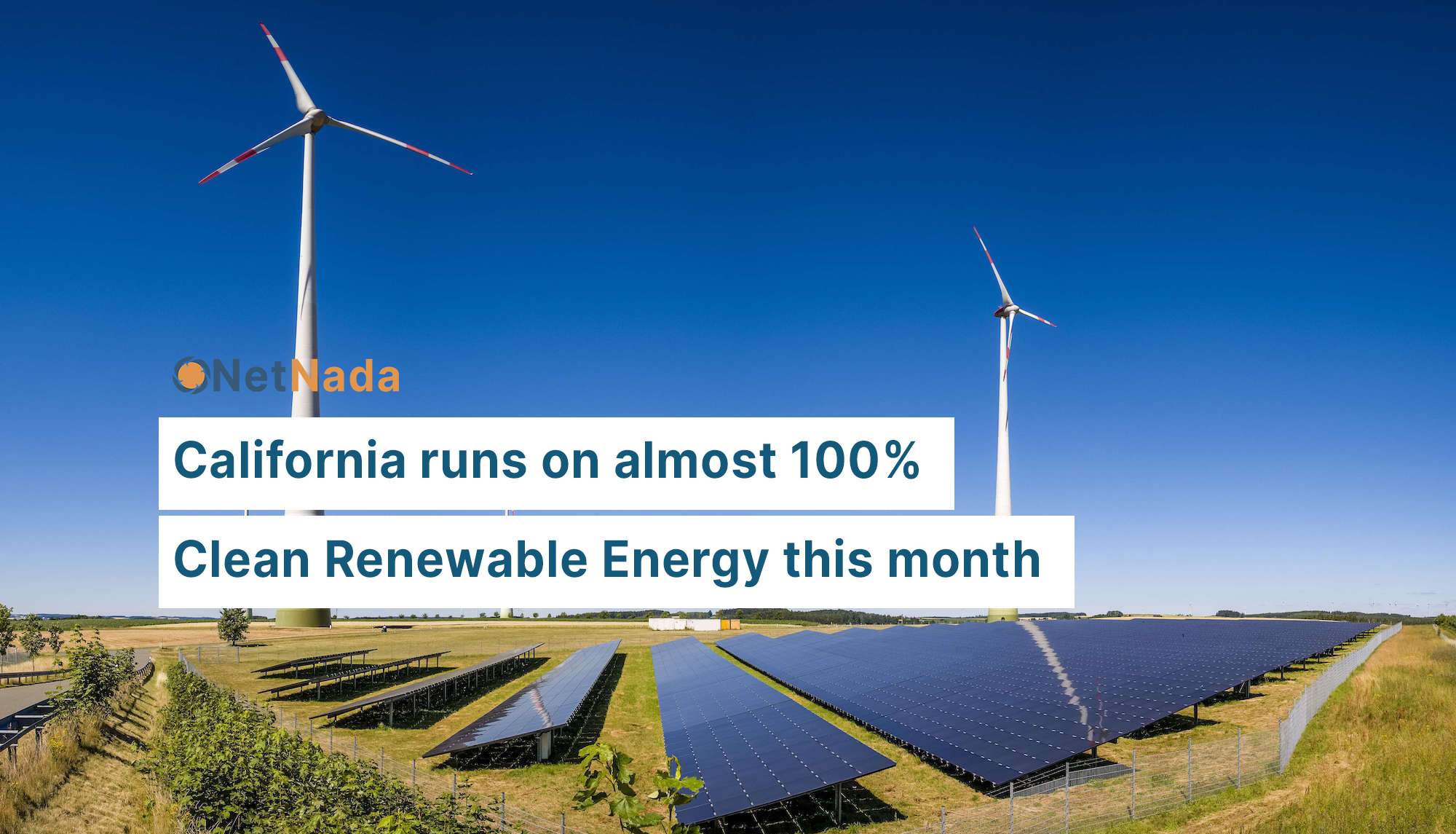 Some very promising news has come out of the USA as California, which aims to have a carbon-free power grid within 25 years, got a short glimpse of that possibility earlier this month.

The state’s main grid ran on more than 97% renewable energy at 3:39 p.m. on Sunday April 3, breaking a previous record of 96.4% that was set just a week earlier, the California Independent System Operator said Thursday in a statement.

This is huge news for the state with the largest economy inside of the USA. With a gross state product (GSP) of $3.4 Trillion (2021), California is not only USA’s largest state economically, but if it were its own country it would rank 5th in world GDP rankings, ahead of the UK and India. This tremendous economic activity provides context to the enormity of California and the significance of this renewable energy milestone as a shining example for the rest of the world.

“While these all-time highs are for a brief time, they solidly demonstrate the advances being made to reliably achieve California’s clean energy goals,” said California ISO CEO Elliot Mainzer said in the statement.

Energy generation from solar and wind typically peak in the spring, due to mild temperatures and the angle of the sun allowing for an extended period of strong solar production, the grid operator reported. While hitting the new renewable record is remarkable, the state has found itself scrambling for power supplies during the past two summers as it has added more intermittent sources and retired natural-gas plants for environmental reasons.

California has set a target to have a zero-carbon power system by 2045 and this is edging them closer and closer than ever. The ISO is planning to add more renewable energy storage to the system by June this year which will be a huge step for power security and supply. Storing the energy ensures that it can be used at any point in the day/night while also reducing wasted power.

Companies, researchers, entrepreneurs, innovators and projects alike are developing new ways to utilize solar panels and move away from dirty fossil fuels globally. While we continue to see promising ideas and tested technologies it is exciting to see scaled usage like that of California over the past month which show the path to net zero targets and sustainable smart cities powered by renewables.

Back home here in Australia we are seeing a slow change that is coming as a result of market demand, socio-cultural pressure, geopolitical pressure and economic pressures with foreign market shifts and requirements. As such following last years COP26 conference in Glasgow, the Australian Government finally committed to a net zero target of 2050 (check out this blog post to refresh your memory) and that distant target now requires planning, implementation and action.

While the federal government was dragging its feet, our states (much like California) set targets and have begun moving on their own accord. NSW has set out a plan to reach netzero by 2050 including a 50% emissions reduction by 2030 which is set out it in the ‘Net Zero Plan, Stage 1: 2020-2030’.

They aim to attract as much as $32 billion of investment in new wind, solar and energy storage projects over this next decade, including through the creation of dedicated Renewable Energy Zones.

The state government will spend $490 million supporting new electric vehicle infrastructure, including a new state-wide rapid charging network and has also committed $750 million to a Net Zero Industry and Innovation Program to cut industrial emissions through investments in electrification, fuel switching and the production and use of renewable hydrogen.

Whether it’s California or New South Wales the global shift is certainly here, we are beginning to see plans become realities which is a great vote of confidence for transitioning markets as they follow the leaders.

We’d love to know your thoughts on clean energy and renewables in Australia, the UK and globally. When do you think your city will have its first month of 100% renewable energy? Let us know where and when in the comments!