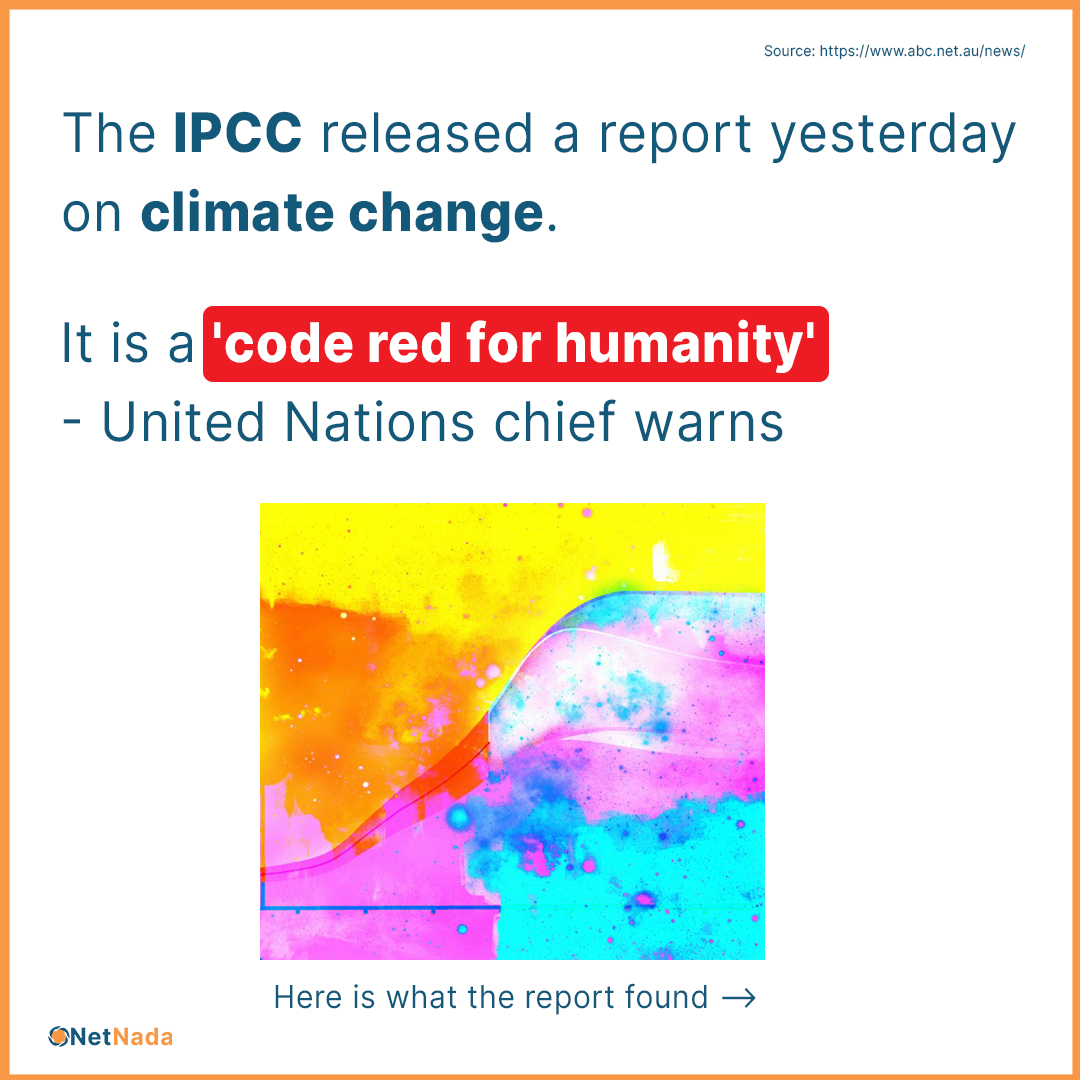 August 2021 report from the Intergovernmental Panel on Climate Change (IPCC) was written by an international team of 234 leading scientists. The IPCC was created to provide policymakers with regular scientific assessments on climate change, its implications and potential future risks, as well as to put forward adaptation and mitigation options.

This comprehensive science backed report helps us see the damage being cause by climate change and the need for serious reductions in greenhouse gas emissions to prevent further impacts and ongoing degradation. We all have a part to play.

The new report said many of the effects of that warming had particular relevance to Australia:

- Sea levels around Australia and New Zealand, which have already risen higher than the global average, causing coastal erosion, are set to continue rising

- Fires are projected to get worse and more frequent, and fire seasons will last longer

- Heavy rainfall and river floods are projected to worsen across Australasia

- Eastern Australia is projected to get fewer days of rain in winter, but heavier rains when they do occur

- In eastern Australia, if warming exceeds 2C, then droughts are projected to increase

- Across southern Australia drought has already increased, and projections suggest that will worsen

Learn about the ROI of sustainability
Article