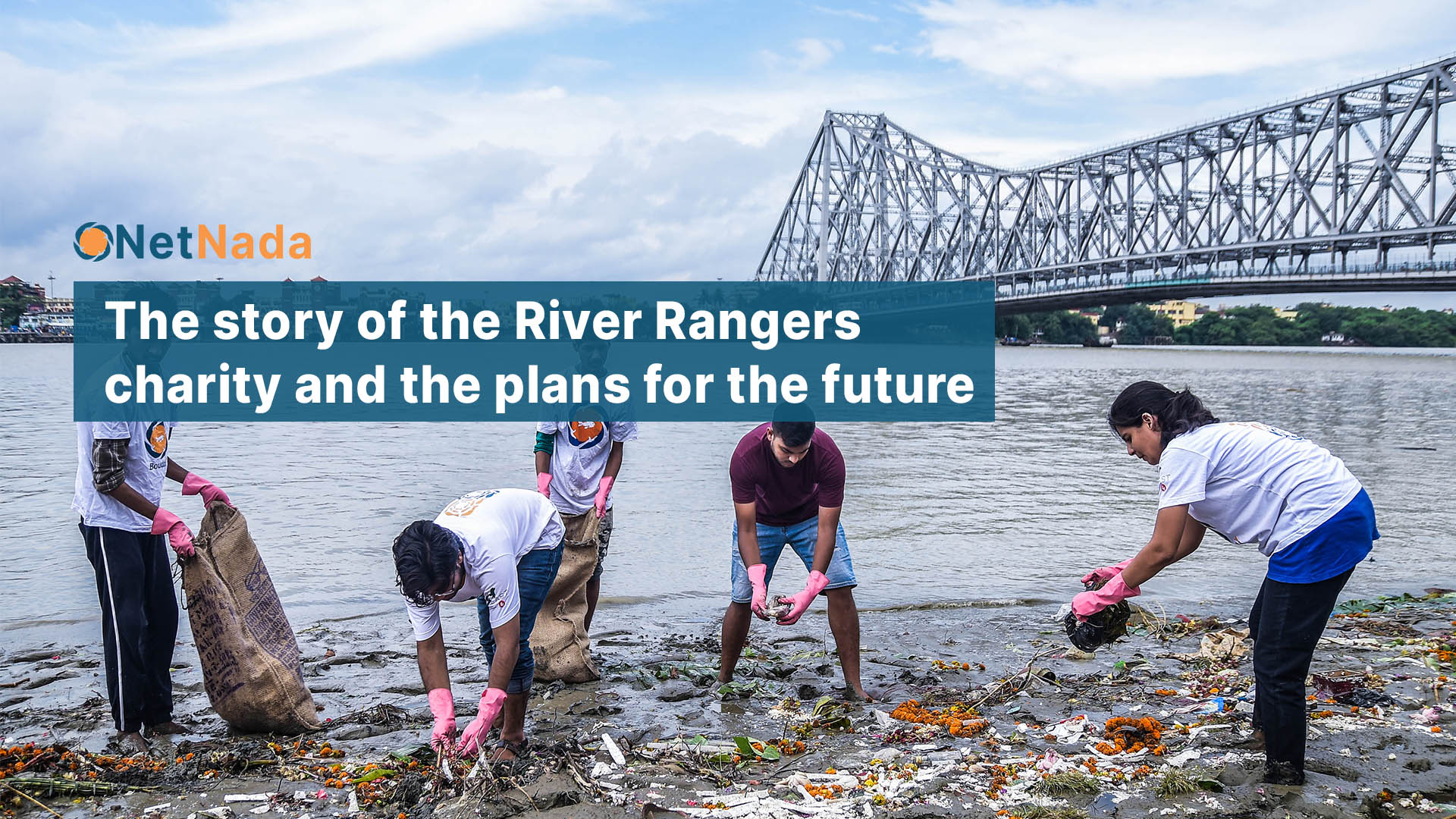 The Ganges is 1 of 10 Rivers in the world that contributes to a staggering 90% of total ocean pollution. In the last 10 years, the world has produced more plastic than in the century before that; there is currently twice as much plastic than plankton in the Western Mediterranean Ocean. If this trend continues, it is expected that there will be more plastic than that fish in the Ocean by 2050.

The River Rangers commenced at the southernmost end of the Hooghly River - a long distributary of the Ganges River when NetNada and Y-East decided to partner in an effort to tackle river sourced ocean pollution. The initiative has been working on catalyzing community change within India to make the project ambitions of clean rivers and prospering communities a reality. Since September 2019, the River Rangers have been working towards river surface cleaning, restoration and raising public awareness in support of the Namami Gange Program, Pre-Pandemic River Rangers had conducted weekly Clean-Up and Public Awareness Drives every Sunday, mostly at Mullick Ghat, Kolkata. In the last 5 months before the pandemic(September 2019 – March 2020) they have conducted 18 clean-up drives and 2 art and awareness programmes, with an average of 25 volunteers per drive, in total they have collected 471 bags of plastic waste which weighs 10,978kg of plastic.

With every piece of garbage, we pull out, we potentially save 1 of the 1 million sea creatures that are expected to die each year due to plastic consumption.

The River Rangers focuses on the education and behavioral change of the communities surrounding the Ganges in West Bengal while extracting pollutants and plastic waste destined for the ocean. Since its inception, the project has received tremendous support from a broader network of educational institutions, NGOs, corporates and individuals, in Kolkata and beyond.

Apart from the River Rangers’ beliefs towards impactful action at scale, there are two main technological verticals related to River and Ocean Pollution which is in pipeline.  One of the technological solutions that River Rangers is aiming for is an  AR / VR Experiences (Augmented Reality / Virtual Reality) for communities, where users can learn about the ocean through stories, picture the past, present and potential future conditions of waterways, rivers and ocean locations with respect to predicted pollution levels. And the other solution that we have already initiated is an automated River Plastic Collection System aimed at collecting the plastics that flow through the river both above and below the surface while leaving the marine life present to travel freely. The system is integrating and utilizing both exiting and novel technology to achieve project execution plan key outcomes.

The River Rangers is constantly growing in both impacts and following. We aim to share this support with the organizations who work with us, enabling this project to grow and stop ocean pollution at its sources.

In context to the above story a lot of cities around the world, San Diego - and the rest of Southern California—are facing a water security crisis. With increased temperatures, extreme weather events such as droughts, water scarcity is an imminent threat in a warming climate. Check out the insightful blog about “the drinking water of the future” to explore the underlying perceptions of the viability of potable water reuse for Sydney.