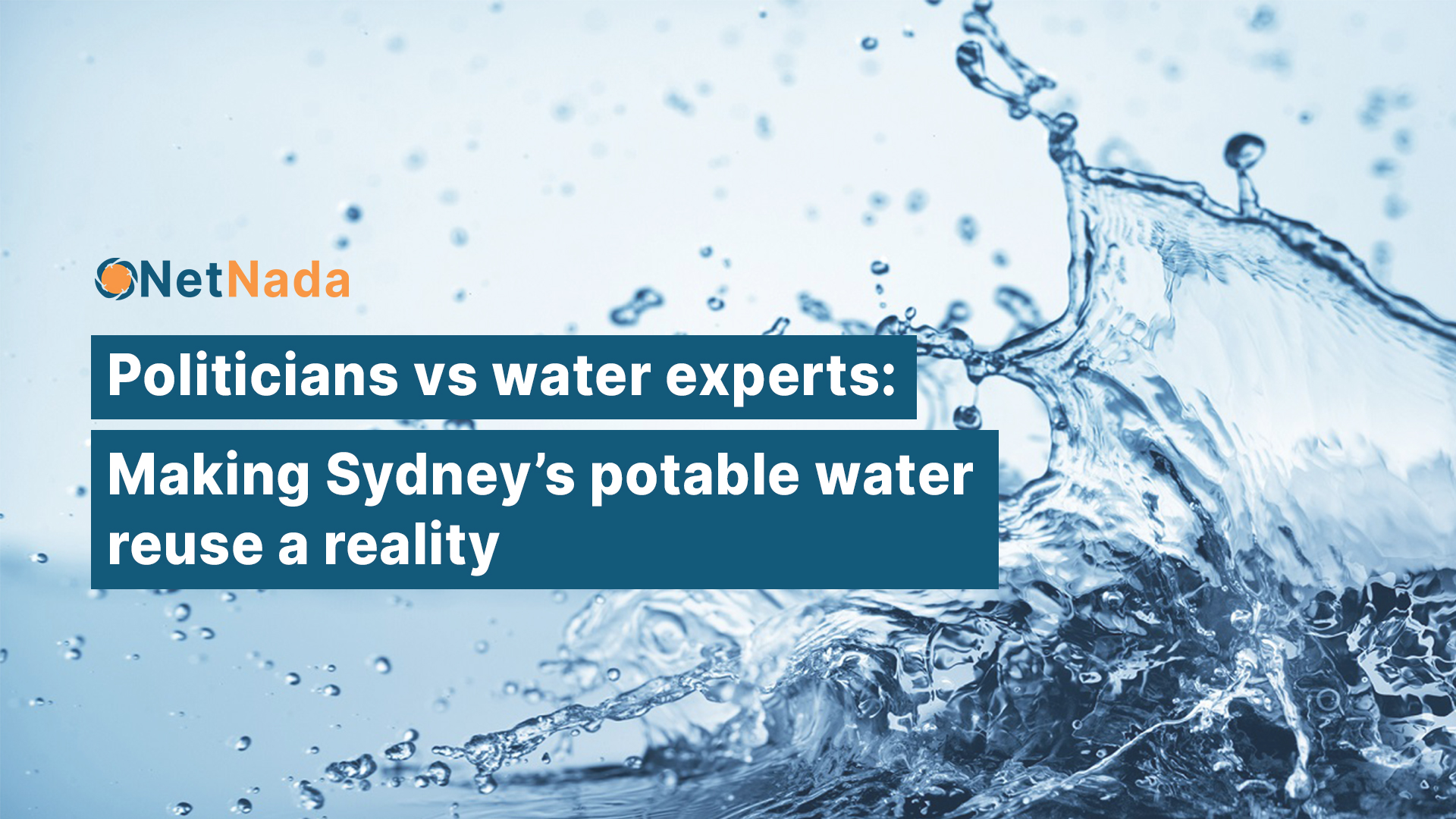 Through interviews of 20 sitting politicians and water practitioners in New South Wales, Australia, a new paper from the University of NSW (Sivagurunathan et al., 2021) explores the underlying perceptions of the viability of potable water reuse for Sydney in decision-making practices to explore how politics and water management expertise can come into conflict.

The perennial challenges of climate variability will grow in importance for water and are anticipated to be exacerbated by climate change (Kiparsky et al., 2013). The World Health Organization (WHO) has recognized that ‘potable reuse represents a realistic, practical and relatively climate independent source of drinking water’ (WHO, 2017). However, the successful implementation and growth of potable reuse faces a number of challenges, not least of which is the need to establish sufficient levels of community support for proposed potable reuse projects.

Many studies have been conducted looking at community attitudes towards potable reuse, and have highlighted an underlying resistance posed by communities to the implementation of potable reuse, notably citing the community’s perception of the ‘yuck’ factor towards recycled water (Dolnicar et al., 2011). While this may be a valid assumption, community members are generally not ultimate decision-makers for major water supply strategy decisions. The final decisions are ultimately made by water industry professionals and elected representatives (i.e., politicians).

With many studies focusing on public perception of potable reuse, few look at the perception of politicians. Gaining government support has been shown to be a major contributor to the shift in perception of recycled water from a ‘last resort’ to a sustainable solution (Frankel, 2016). And unfortunately, following the end of a major period of drought around 2009, national policy priorities turned away from urban water planning (Radcliffe, 2015).

Politicians’ stances on the issue of water reuse are affected by the wider politicized but unrelated issue of climate change. Three key themes emerged as barriers to the implementation of water reuse schemes: existing water governance arrangements, limited community support and the perceived lack of a water crisis.

The themes are also not unique to Australia (Furlong et al., 2019; Liu et al., 2018), and carry important implications for water management worldwide. Specifically, the way that water governance is structured may increase barriers to the realization of new water projects, together with the importance of community perceptions in its acceptance.

The findings of the UNSW study highlight underlying areas of trust in government, governance practices and public education that could be key points of improvement in the way that water is governed. In addition to these barriers, the difference between the pessimistic views of politicians to the more optimistic views of industry professionals in the adoption of potable reuse in the next 30 years begs the question of what role potable reuse will play in future water planning.