SDG's which get the least attention globally 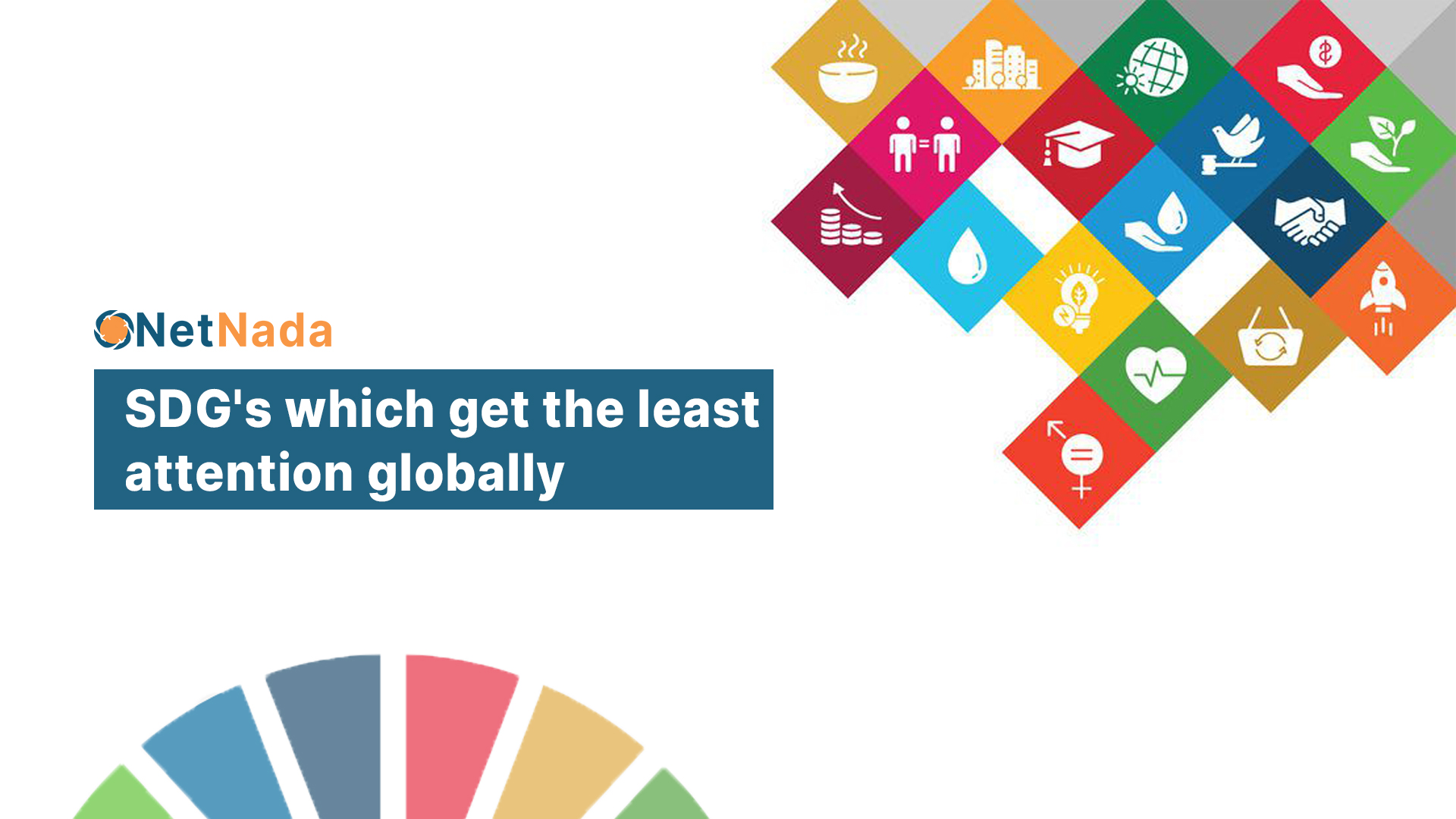 3,500 leaders surveyed across developed and developing countries found that life below water and marine conservation is very consistently under considered as ‘the least important of the United Nations' 17 Sustainable Development Goals – which act as a checklist of priorities to help developing countries and aid organizations focus their attention on lifting the world's most vulnerable people to a higher standard of living.

Goal #14 — which aims to "conserve and sustainably use the oceans, seas and marine resources for sustainable development" is geared towards a healthy ocean and life below land. As the ocean is the major source of protein for over 1 billion people and the source of production for up to 70% of the world's oxygen, it is a true shame that this is often neglected by leadership and sustainable development plans.

It is not to say that any of the other SDG’s are of less importance, rather pointing out that number 14 is being neglected.

Several of the goals deal explicitly with environmental issues, and the survey, conducted by the AidData research center at the College of William and Mary, is the latest indication that these may be getting short shrift — despite oceans of evidence that protecting the environment leads to big development gains in the forms of jobs and food, we are still seeing evidence of consistent shortcomings in the area of ‘life below water’.

The survey respondents were asked to pick their top six SDG priorities, as they're known to the international development world. Goal #14 ranked the worst where just 5.4% of the respondents included it in their top six priorities, compared to 65.2% for quality education or 60% for decent work and economic growth.

The respondents are leaders in positions such as elected politicians, bureaucrats, nonprofit and humanitarian executives, and business leaders from 126 low- and middle-income countries in South and Central America, Africa, Europe and Asia. Goal #14 ranked as the least important goal in all those professional sectors, and in every region except East Asia and the Pacific, where it came in third from the bottom.

"Leaders are fairly consistent in emphasizing jobs, education and strong institutions as the most important development challenges," says Samantha Custer, AidData's director of policy analysis and the survey's lead author. "But they turn something of a deaf ear to climate change and other environmental goals."

That's not just a shame for the whales, development and marine science experts say: It's a serious missed economic opportunity. A 2015 study from the World Wildlife Fund found that oceans provide at least $2.5 trillion in goods and services every year, from fisheries to shipping to tourism. If the oceans were a country, they'd have the world's seventh-biggest economy, just ahead of Brazil. Tapping that resource, and making sure it's protected, should be a higher priority for developing countries, says Brad Ack, WWF's senior vice president for oceans.

Developing sustainable systems that allow tracking of the activity in the deep blue sea are critical for future development and sustained life below water.

"Oceans are a critical foundation for developing economies," he says. "People aren't drawing the connection between things they take for granted and the role oceans play in providing those services."

Check out the story of the River Rangers charity which focuses on SDG 14 - Life below water. The initiative has been working on catalyzing community change within India to make the project ambitions of clean rivers and prospering communities a reality.

When your business is considering its impact on the environment and on the sustainable development goals within your corporate social responsibility and ESG’s, it is important to consider where your business is creating impact and where it can provide positive influences to potentially neglected priority areas within the SDG’s.